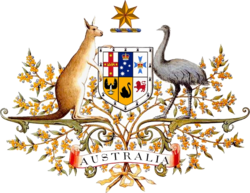 The “black budget” in Australia has certainly caught the headlines leading up to and after its announcement this week.  This is the new Coalition Government’s first budget and they have clearly decided that the first year of the election cycle is the best time to implement a wide raft of tough measures that will be unpopular with many voters!

It’s always been interesting to see how education ICT has been handled by Federal and State governments over the Tasman, in comparison with what has been happening in New Zealand.  The general rule of thumb has been that Australian Government budgets for ICT initiatives seem to be about ten times that of the equivalent initiatives here but the reality is that many of these well-funded projects have been less than successful.

So, in light of their new budget and the chequered history on ICT spending in education, this article (“Australia’s failing its students in ICT”) is certainly of interest.

It’s based on a formidable IDC report called “Australia Education ICT Market 2012-2017” and comments such as “The number of international students coming to Australia has sharply dropped since the peak in 2009 …”, and the obvious implications for education funding, ring true on our side of the Tasman as well.

But perhaps the most striking statement in the article (which is again very pertinent to New Zealand) is “… the conversation in Australia still has not extended to how technology in education can be part of an integrated strategy for improving those (student) outcomes as well as driving administrative efficiencies. Declining budgets are not an excuse for not working to integrate technology solutions within traditional education strategies.”

We agree and we’re certainly enjoying the opportunity to help local  schools find the most effective ways of effectively integrating technology into their physical and virtual classrooms, offices and staff rooms.